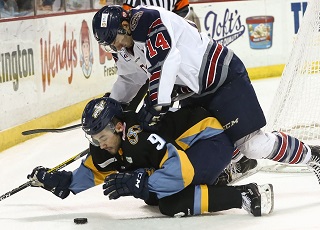 Hockey is a game that involves hitting, but the hitting needs to follow the rules!

By the time hockey players reach the NHL, they know the rules and they know how to avoid taking penalties for them. Cross checking is one of those penalties that most players know well, and are easily understood by fans. However there are some instances in a game where you might see a cross check and wonder why a penalty was not called.

We hope this article helps increase your understanding of the cross checking penalty and how it is enforced.

Table of Contents show
1 The Aggressive Shove
2 What is a Cross Check?
3 When Referees Do and Don’t Make the Call
4 Cross-Checking Calls Can Change the Game

Cross checking is one of the most obvious aggressive penalties which is easily picked up by the referee.

Even though the stick is an important tool, it is also a weapon in the eyes of players and referees. When players use the stick to hit an opponent, penalties should be called. A cross check is one way that players can use the stick as a weapon, similar to our overview of the slashing penalty.

What is a Cross Check? 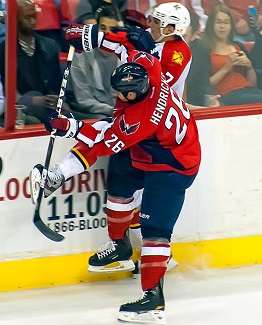 The cross check is a hit that involves the player holding the stick with two hands and checking the opponent.

In a cross check, the stick is raised in a forceful position. Of course, the stick is often involved in a check, but not high up and forcefully. Professional players know better, so they are able to prepare their bodies when they are checking an opponent. However, when the stick isn’t lowered, cross checking is happening and referees will call it.

Unfortunately for players, referees end up calling cross checking penalties when players are not intentionally trying to injure players. Instead, cross checking is often called after a player attacks with frustration or when the player makes a mistake on the check.

When Referees Do and Don’t Make the Call 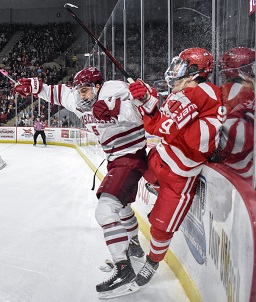 Referees do offer some leeway with subtle shoves that do not look like hard hits. However, if the players start to take advantage of the referee’s blind eye, the referee will adjust and make cross check calls.

The line between a slight shove and a cross check can sometimes be a bit of a grey area. Referees will often let players know where the line is and when it has been crossed. Generally, calls will be made on malicious hits or multiple hits.

Like other penalties, the referee gets to decide the degree of the call.

Cross checks are usually minor penalties with two minutes in the box. However, an especially bad cross check could earn a major or a misconduct penalty resulting in more time in the box. No team wants to give their opponents an excessive amount of power play time so it’s important to keep the stick down!

Cross-Checking Calls Can Change the Game

Penalties and their corresponding calls can be controversial and cross checking is no exception.

The most recent cross-checking controversy happened in April in Game 7 between the Las Vegas Golden Knights and the San Jose Sharks. This playoff game seemed to be in the hands of the Golden Knights, until Cody Eakin received a five-minute major for cross checking.

This controversial call shows how much a penalty can change the course of the game. Momentum can easily shift, especially when a team has the opportunity to play with one or two extra players during the a powerplay.

Cross checking is a dangerous way to attack an opponent and if players cross check opponents, they should accept the consequences.