The One-Timer – Master your Technique

The one-timer is one of the most exciting shots in hockey.

While it usually is a slap shot toward the goal, the one-timer is actually just a shot taken off of a pass in a single motion.

You do not stop to get control of the puck, you just shoot as the puck comes at you. The shot is dependent on timing as you have to be able to judge the speed of the puck and the speed of your shot. 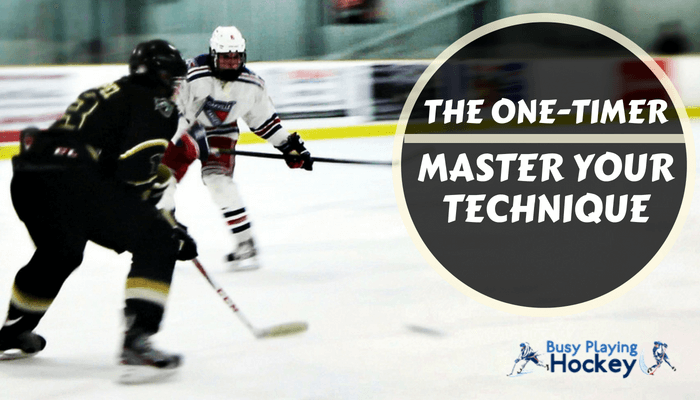 But, if you get the timing right, the one-timer can be the most glorious shot.

There are plenty of ways that hockey players of all levels can improve their one-timer shots. These drills can be done by veteran hockey players as well as rookies, and everyone else in between. They will help with timing so you can get that one-timer exactly where it needs to go nearly every time you get the opportunity to take this exciting shot.

If you can get this shot where you want it to go, your opponents will have a difficult time stopping the shot, because it is so unexpected.

The perfect one-timer involves being in the right position, seeing the puck when it comes your way, and shooting the puck without stopping the puck first. With practice, you will be able to get this shot right where it needs to go and you might actually get them in the goal more often than not. Stick flex is another consideration you can make. 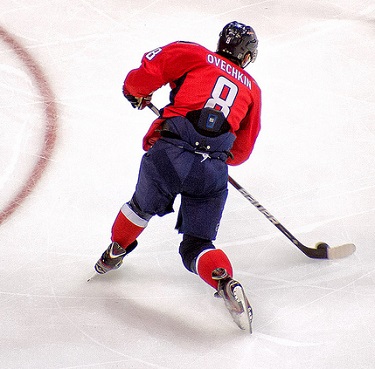 There are a few keys to perfecting the one-timer. All of the skills can be easily added into drills that you most likely practice on a regular basis.

The next key to success is to know where you are shooting the puck. You must aim for a target. If you do not, who knows where the puck will actually go? The name of the one-timer says it all: you have one time to aim, shoot, and score. So, when you are practicing all of your shots, not just the one-timer, be sure to pick a location and aim for it. You need to hit your spots.

Developing an automaticity follow through is the reason you practice the skill with every practice shot. Your body will not know how to shoot without following through – it’s that simple.

Develop automaticity in your shot 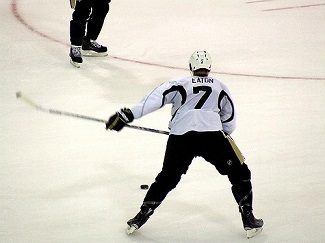 When you practice, repeat these skills and your one-timer will get better. The one skill that is difficult to practice is hitting a moving puck with a moving stick.

Baseball players get to do it all of the time when they take batting practice with a machine or a live pitcher, but it difficult for hockey players to do. So, try to emulate batting practice and find a friend who will feed you live pucks.

The best way to begin practicing one-timer drills is to simply have someone feed you live pucks, starting at a slow enough speed that you can hit it while it’s moving. Then, have your friend speed up the pucks until it really becomes difficult. You don’t even need to move at this point in the drill. Just always aim for the net. Eventually, as you become better at hitting the moving puck, try moving around the ice and having the puck fed to you as you are moving.

Work with a friend or buy practice equipment If you do not have a friend to practice with, you can always use a rebounder or a hockey passer to feed you the pucks. No matter how you practice, it is important to practice this skill. It is not a skill that you can anticipate using in a game, but you should always be prepared to do it.

As you practice, you should be able to shoot the puck with more speed and accuracy. A lot of hockey players will use a shooting tarp or rebounder backstop to make better shots with more accuracy. Even if you rarely get to shoot a one-timer, you will improve your accuracy, speed, and puck control by working on the one-timer.

Don’t forget to elevate and use your backhand shot

One thing that a lot of younger hockey players forget to do is practice their one-timers with a backhand shot.

Shooting from the weaker side is good practice and can be done in the same way that you practice from the strong side. If you know your backhand shots aren’t as good, then you should practice them more often so you get better.

It is also important to practice elevating the shot, as these are more difficult for goalies to stop. You do this by slightly adjusting the angle by rolling your wrists slightly, but still keeping the puck in the blade. Use more power from the bottom hand as slightly push down with the top hand. That puck should go exactly where you want it.

Composite vs Wooden Hockey sticks – which should you choose?

Hockey Stick Flex Guide – What is your ideal flex?