What does Offside mean in Hockey? (Guide with examples) 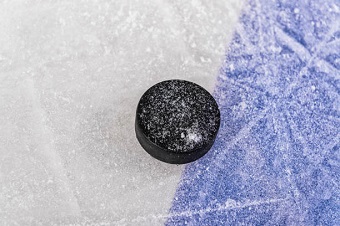 In hockey, some rules were created to keep the players from getting an unnecessary advantage. One of those rules is the offside call.

This somewhat complicated rule doesn’t involve anything violent or dangerous. It also doesn’t involve any unusual stick work. The simplest explanation for offside is that it occurs when offensive players cross their opponents blue line before the puck does.

I remember growing up and thinking, why can’t I just park myself right in front of the goalie without any defensemen in the area, and wait for the puck to come to me? Fortunately, there are much smarter people than me creating rules for hockey and hence why offside exists.

Table of Contents show
1 No Waiting Allowed
2 An Exception to the Rule
3 How does delayed Offside work?
4 What Happens When Offside is Called?
5 Learn by Watching

The puck must cross the blue line before the skates of any of the attacking team’s players. Only one skate needs to be toward the red line and it does not matter where the stick is. All that matters is that the puck crosses before the player does.

An Exception to the Rule Even though the rule is rather simplistic in the overall sense, there are a few exceptions that will keep the game moving.

One of those exceptions is a deflection off of a player. Here’s how it works: a defensive player tries to clear the puck out of the zone, but it bounces off the player and enters back in before the offensive players have cleared the zone. This is not considered being offside as the puck has not fully gone past the blue line.

How does delayed Offside work?

To further complicate things, there is a delayed offside call that can be made as well (sometimes referred to as tag-up offside).

The main reason for the implementation for the delayed offside was to keep the game moving at a faster pace, and keep fans from getting frustrated.

What Happens When Offside is Called? 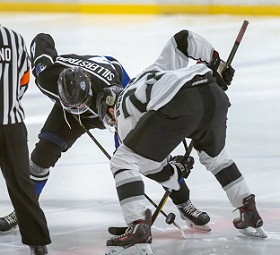 An offside call is not a penalty that results in a player spending time in the box like tripping, cross checking, etc.

Instead, play is stopped and a faceoff follows. The faceoff is in the neutral zone (i.e. between the red and blue line), but on the side where the offside violation occurred. If the offside is determined to be intentional, then the faceoff will be held in the defensive zone, away from where the event took place.

Players understand that an offside call will stop the game and result in a faceoff on the side where the infraction was called. When a team is struggling to get a play going, they occasionally will resort to attempting to get an offside call in their favor. The problem is that referees can tell when an offside call is on a misstep or intentional. So, the attempt at getting something to happen can cause more problems, instead.

The offside rule can be perplexing for inexperienced fans.

It seems to happen for no reason other than a player touching the puck. But, the offside rule has actually been in place for over 90 years, when the NHL decided that players could not wait for the puck in their own offensive zone (wouldn’t that make for a boring game!).

To keep the game moving, when the puck leaves the zone, so do the players. Unless it is a deflection off of a player, the offensive team has to leave the zone when the puck does.

Then, the forward can bring the puck back into the zone the correct way. The rest of the team can re-enter too. But, if the defensive player is the one moving the puck, then the offensive team can stay in the neutral zone. Yes, it can be confusing, but after watching a few games with your eyes on the offside rule, your understanding will grow and you’ll be known as the Offside expert!